Principal cellist for the Boston Symphony Orchestra, Blaise was born in Strasbourg, France, in 1984, and made his orchestral debut at age 14, performing Haydn’s C Major Concerto at the Corum of Montpellier, France. He won first prize at the Maurice Gendron International Cello Competition in 2005 and became the youngest ever winner of the 6th Adam International Cello Competition in 2006. As a soloist, he performed with the Christchurch Symphony Orchestra, the Kuopio Symphony Orchestra, the French Camerata, and many others. His performances were broadcast on various radio stations, such as Radio-France, YLE, Radio New Zealand, VPR, WGBH. An active performer of new music, Blaise Dejardin gave the US Premiere of ‘Les Formes du Vent’ for cello solo by French composer Edith Canat de Chizy in 2008. A passionate chamber musician, he has performed in many festivals in France and was invited for two summers at the Steans Institute of the Ravinia Festival in Chicago. He shared the stage with musicians such as Ralph Kirshbaum, Miriam Fried, Donald Weilerstein, Malcolm Lowe and Paul Katz. From 2001 to 2004, Blaise Dejardin was a member of the European Union Youth Orchestra and the Gustav Mahler Jugend Orchester, touring all over Europe, Russia, and South America. In 2010, he founded the Boston Cello Quartet, made up of four cellists from the Boston Symphony Orchestra, for whom he writes numerous arrangements. In 2013, he launched Opus Cello, his own online sheet music publishing company, dedicated to music for cello ensembles from 2 to 12 cellos. He holds a First Prize of Cello with highest honors from the Conservatoire National Superieur de Musique of Paris, as well as a Master of music Diploma and a Graduate Diploma from the New England Conservatory in Boston. His main teachers were Philippe Muller, Laurence Lesser, and Bernard Greenhouse. Blaise Dejardin is the recipient of awards and scholarships funded by the Gregor Piatigorsky Fund, the Adami, the Fulbright Foundation, the Singer-Polignac Foundation and the CulturesFrance Foundation.

Blaise Dejardin joined the Boston Symphony Orchestra in 2008. Blaise currently plays the Upton Opus One Cello with the BSO and his many other projects. 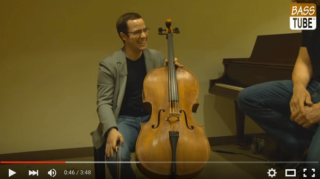