Grammy-winning bassist and composer Eric Revis has been one of the most solid and forceful voices in the contemporary jazz scene for over 15 years despite his young age. Eric met Delfeayo Marsalis while volunteering for the Arts Council of San Antonio. Delfeayo strongly suggested that Eric study under his father’s program in University of New Orleans. Eric then moved to New Orleans where he studied under Ellis Marsalis, Harold Battiste, and Victor Goines. Eric made his inevitable move to the New York City in 1994, as he became a regular bassist for Ms. Betty Carter. It did not take long for the New York musicians to take notice of Eric. He worked regularly with Billy Harper, Louis Hays, Lionel Hampton, Tess Marsalis and Russell Gunn. In 1997, Eric met Branford Marsalis at a recording session with Russell Gunn. Mr. Marsalis, who was impressed with the young bassist, asked Eric to join him on his recording “Bug Shot” along with Kenny Kirkland and Jeff “Tain” Watts. Eric has been Branford’s most reliable ally since then.

We got a call one day from Eric after he played one of our basses at a concert. At the time, Eric was playing whatever backline instrument the management company could provide at each stop on their tour. These backline basses are notoriously bad, but for this one occasion Eric found himself actually enjoying the bass – he looked inside and saw the Upton Bass label! He gave us a call and has been a huge Upton enthusiast and supporter ever since. Eric’s first bass from us was based on our old Hawkes platform and was a hybrid bass. In time he had it modified to have a removable neck, but the instrument was not built for the rigors of the road and the neck was not well done (and not by us, btw). In 2012 we built Eric a new bass, a fully carved lightweight travel Brescian with our patented removable/adjustable neck system. This bass has been all over the world and numerous recording studios. 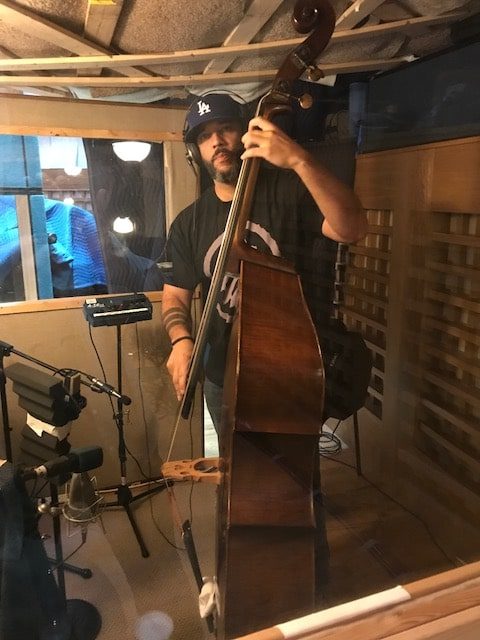 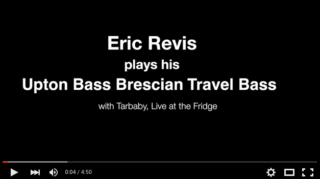 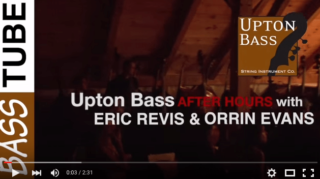