Austin, Texas bassist Kevin Smith has been playing bass around Texas and the world with a long list of roots music legends – he currently tours and records with Willie Nelson and Family. Kevin began playing upright bass in 1988 with the drummer-less rockabilly trio High Noon. The trio eventually played 14 countries, Carnegie Hall and the Conan O’Brien show with Texas rockabilly pioneer Ronnie Dawson. Since then he’s recorded and toured with artists including the Dan Hicks and the Hot Licks, Pam Tillis, James McMurtry, Dwight Yoakam, Jim Lauderdale and may others.  In the mid 90’s he and bassist Mark Rubin released a slap bass instructional video called The Ungentle Art.

Smith has been nominated for Grammys with Asleep At The Wheel for “Willie And The Wheel,” Kris Kristofferson for “The Cedar Creek Sessions,” and won a Grammy in 2017 for Willie Nelson’s “Summertime.”  He’s been on tour with Willie Nelson and Family for the past 6 years.

Smith’s bass is an Upton Bohemian Hybrid Travel bass. “I played an Upton bass at a rockabilly festival and loved how it played and sounded. I was working so hard physically to get the the sound and response on my old plywood bass, and the Upton speaks so well that everything I wanted was right there without having to work. I’ve been playing it for a few months now and I’m thrilled at how it sounds and feels, especially with a bow, and it keeps getting better as it settles in. I’ve never enjoyed an instrument this much.” 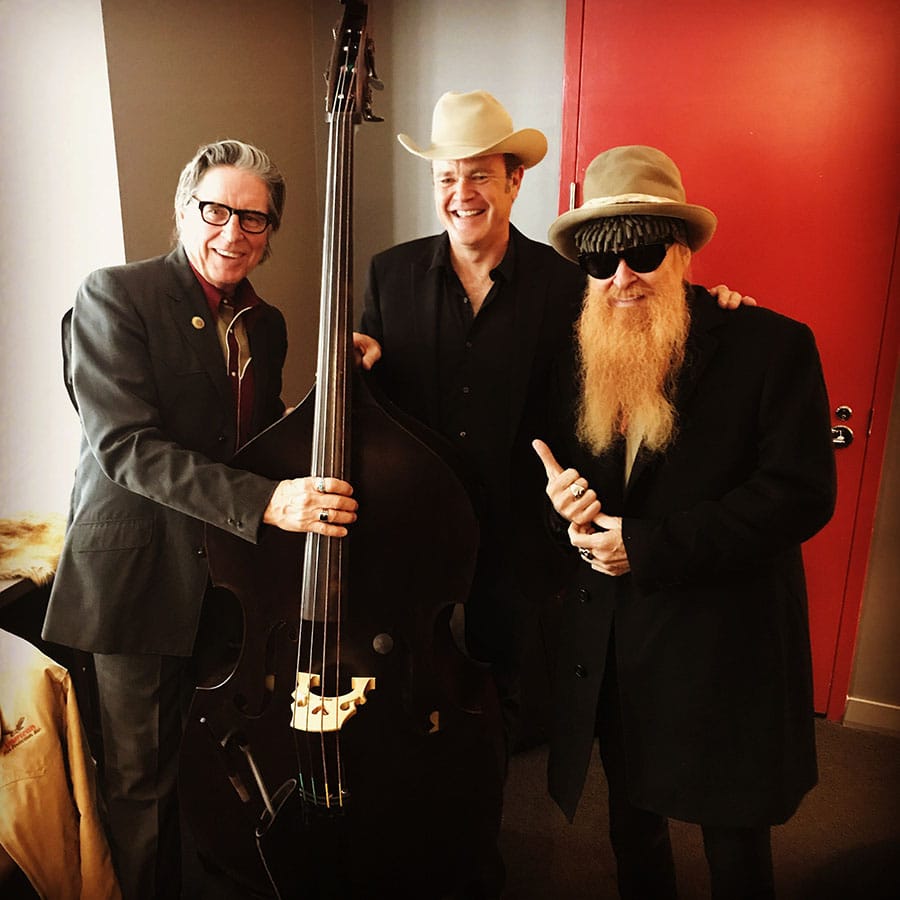