Later to be named the Chubby Jackson model (Chubby did not become a Kay
endorsee until 1946) the S-51’s have all been affectionately named “Chubby
Jackson’s” by owners. “Chubby Jackson is best-known for his association with Woody Herman’s first
two Herds of the mid- to late ’40s, where he functioned not only in the rhythm
section but as a sort-of cheerleader whose vocal interjections really pushed the
band. Although he started on the clarinet when he was 16, Jackson soon switched
to bass and was a professional by the time he was 19. Jackson performed
and/or recorded with Louis Armstrong, Raymond Scott, Jan Savitt, Henry Busse,
Charlie Barnet, Oscar Pettiford, Charlie Ventura, Lionel Hampton, Bill Harris,
Woody Herman, and others. After touring with Charlie Barnet from 1941 to 1943
(sometimes with Oscar Pettiford as the second bassist), Jackson joined Woody
Herman’s transitional orchestra and was partly responsible for the group adding
many young modernists to the personnel, resulting in the First Herd. Jackson was
with Herman during 1943-1946 (appearing on many recordings). After Herman broke
up the band, Jackson played with Charlie Ventura’s septet (1947) and had his own
small group that toured Scandinavia. A second tour with Herman (1948) was
followed by a period leading his own big band (1948-1949), more work with
Ventura (1951), and a period co-leading a combo with Bill Harris. Chubby Jackson
spent the 1950s as a studio musician, freelancer, and a host of his own
children’s television show. After periods living in Chicago, Las Vegas, and Los
Angeles, he eventually settled in San Diego in semi-retirement, although Jackson
occasionally emerged, including for a stint with Lionel Hampton (1978-1979) and
with Herman reunion groups. Even in retirement, Jackson seemed tireless, helping
to organize cultural events for senior citizens and briefly hosting a cable TV
jazz program. Jackson passed away in San Diego on October 1, 2003 after a
prolonged battle with cancer.” 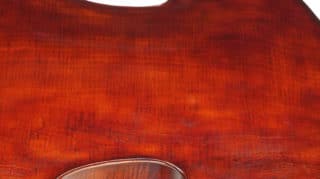